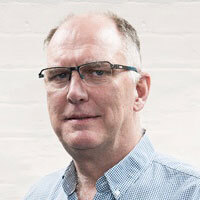 Richard became Chairman of Betway in November 2017 to help oversee the next phase of the company’s growth.

He was appointed as CEO in 2012 and during his tenure he was responsible for major operational improvements and high-performance growth.

Richard has over 15 years’ experience in the gaming industry and in 1992 co-founded WebTech Software. After developing it into a successful business he sold it in 2000 and moved into online gaming.

He spent 12 years as a Finance Director within the online gaming and mobile payment processing industries.

Richard is a qualified Chartered Accountant.